Yesterday, blogless Sharon (who actually is a writer, so what's the deal with not having a blog?), Mindy, Kara, and I headed east for the Strange Folk festival.

I ate a cupcake from The Cup. 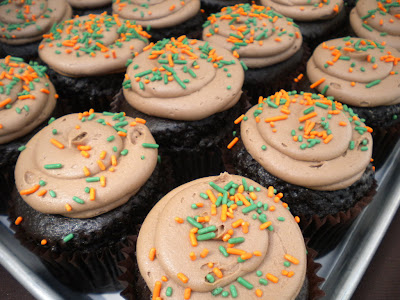 Later I got some bao from Urban Eats Cafe. Now I really want to visit the actual restaurant. I appreciate how Strange Folk seeks out atypical food vendors. 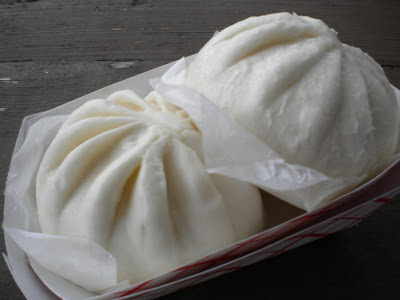 As far as shopping, I started off slowly, with this skull charm from Narcisse. 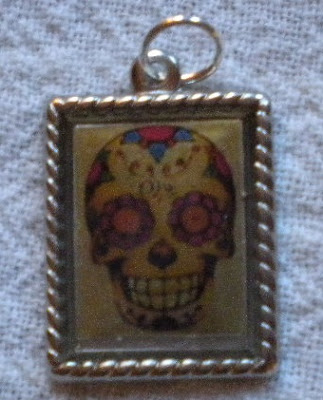 I don't remember where I got this ring. 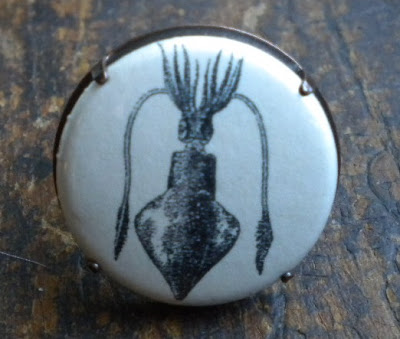 Meanwhile you may want to look at the baby alpaca, who took a break from nursing to pose. 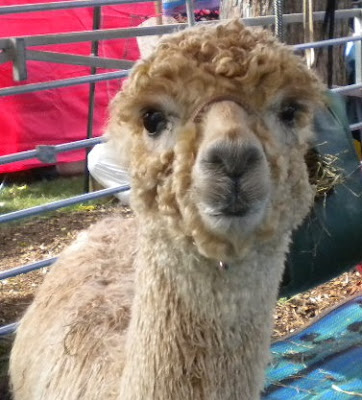 I finished by splurging on this hair comb from Isette.

Do you know how hard it is to take a photo of the back of one's head? Damn near impossible. I eventually broke down and recruited LB, which went about as well as you might expect if an early-bird who had been up for over three hours asked a night-owl/Luddite who hadn't yet finished his first cup of coffee. 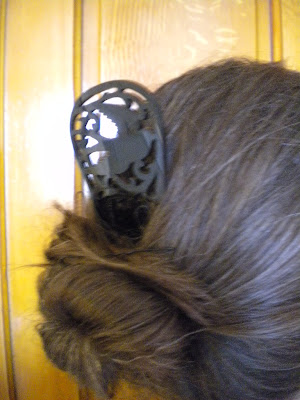 I committed that cardinal sin of craft shows, I spotted something and decided to make one of my own. Details some other time, but we stopped at The Bead Place (which is also a yarn store) in Fairview Heights on the way home, where I picked up some supplies, and these super-cool mood beads. 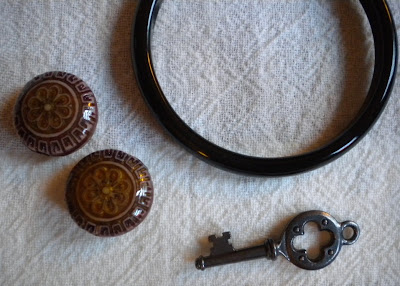 A few other goodies I marked for future wish lists:

Later in the day, I walked to the street festival at the end of our block (ironic, isn't it, that I drove to a different state to attend a festival when there was one at the end of my block?) and spotted this little guy being carried around like a baby. 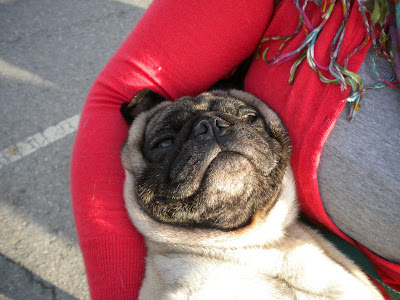 Lots of drunks wanted to love on Steu, which he hated.

Talk about deja Deborah. Natalie bought Sky Blue Morning treats too. Tater girls like the treats, but don't LOVE them. Urban eats is nice, should meet up for knitting there sometime. We stopped by the bead store too. I think the ladies there are very charming.