Last weekend we went to the commemoration of the 150th of the Battle of the Hemp Bales in Lexington, MO.*

The cold, rainy weekend was a bit of a wash-out. I had a good time, but nothing fabulous. It was, however, a great opportunity to see and don some fabulous knitwear.

I had given these winter cuffs in double knitting to my friend, Mrs. B,** and loved seeing her wear them with her beautiful dress, sontag, and undersleeves. I love the pop of the fuchsia against all that black and white. 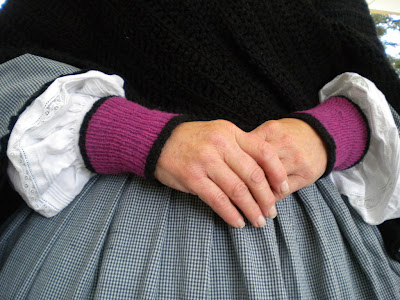 My other friend, Mrs. L, was all decked out in woolens. She had spun, dyed, and knitted the wool for this beautiful sontag, and even made dorset buttons. 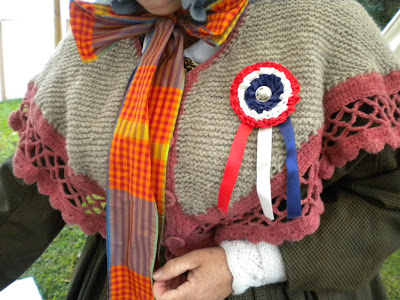 Here's a close-up of her undersleeves. 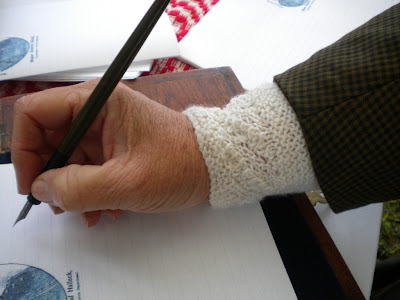 Mrs. C had found an amazing, original beaded purse. While I didn't actually handle it, I'm certain it's crocheted. She had also recently acquired a large, original cameo of Rebecca at the Well, a popular motif in the nineteenth-century. 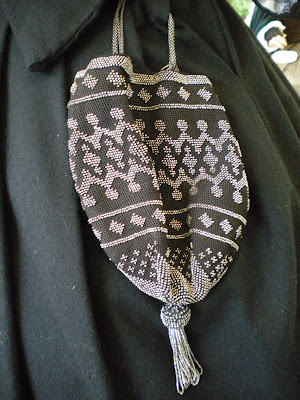 I didn't get a chance to take photos, but my other friend Miss B had on a beautiful new sortie cap. I had knitted one ages ago, but she inspired me to finish adding the ribbon trim when I returned from the event. Hopefully I can get a better photo at some point. 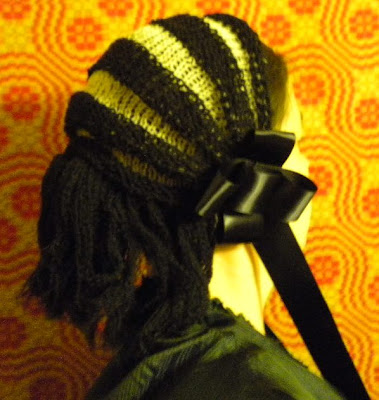 To ward off the damp, LB wore a gentleman's neck warmer from an 1862 Godey's pattern (for some reason I cannot find a link to the original pattern). 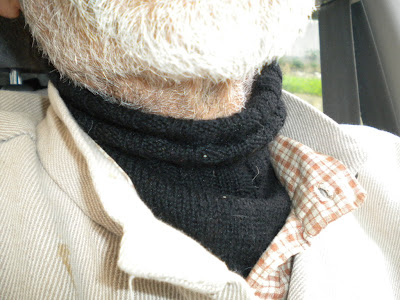 Our friend, Mr. H took this tintype of LB with a good view of the neck warmer. I am ever amazed at how modern some nineteenth-century items can look. 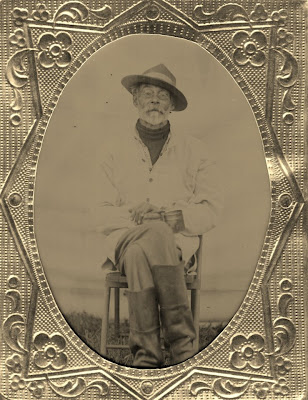 I tried to warm up my fingers by knitting away on some sleeping caps, one of which I bartered for a private banjo concert. 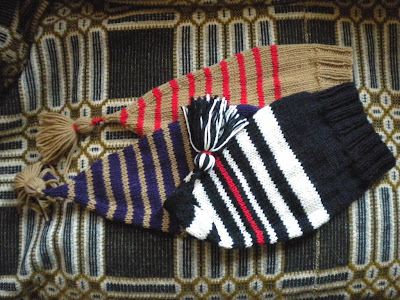 Speaking of barter,I also acquired some of Mrs L's beautiful cochineal and walnut yarn to knit myself a scarf in exchange for knitting and lining a purse. 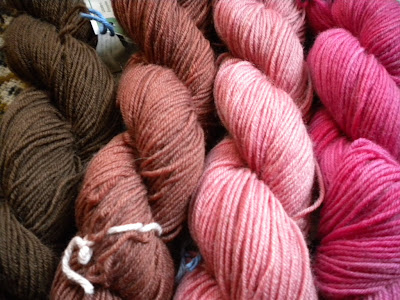 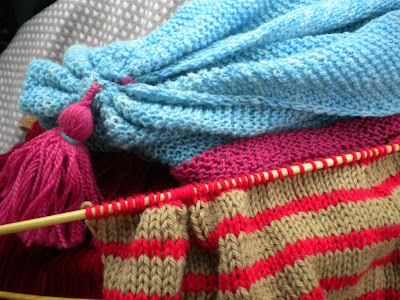 Of course, the best way to warm up would have been to consume that staple of the American Civil War. 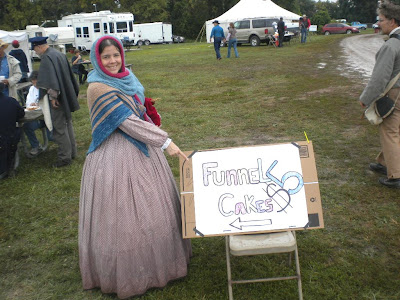 I wouldn't have been as warm as the guy on the right in the coon-skin cap though, eh?

* I loathe phrase strings, but deliberately left this one in as an example of what not to do. Notice the long string of prepositional phrases in a row?

That's five prepositional phrases strung together. Try for no more than two: Last weekend, we visited Lexington, MO and commemorated the sesquicentenial of the Battle of the Hemp Bales.

**The longer I've reenacted, the more I've adopted the habit of calling even dear friends and my own husband by their last names. Because I didn't change my last name when I got married, my nineteenth-century last name is different from my twenty-first century one. I kind of like it, although I just about fell over when LB called out to me as "Mother B" for the first time.
Posted by 7-letter Deborah, never a Deb at 10:56 AM

I'm drooling! I made a sortie cap, I like the ribbon you put on yours. Mine's so plain. Everything pictured is gorgeous.

Beautiful knitting!!! I don't get to wear my "wool" much here.

Wow, these projects and photos are really inspiring. Some lovely workmanship there. Great photos, too!

Hahaha, my verification word today was "dicult," and I'm sure some of those projects were!

I love the tintype of LB in his neckwarmer! (See how I did that?) And the warm knitting...