My latest swap package arrived in Israel this week, the theme being Magic Yarn Ball.

The idea was to make a yarny version of a surprise ball. Having treated myself to one once, I knew that making one would hit nearly every single one of my nitpicky, fussy buttons. 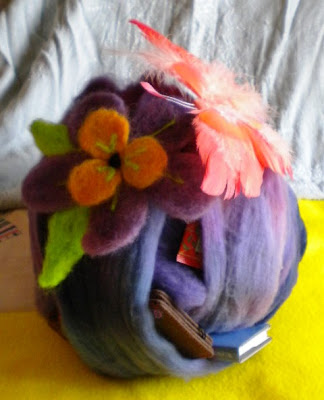 I got a sudden bout of panic though when I found out my partner lived in Israel. Somehow, I had a feeling that a giant, round ball filled with all sorts of mysteriously shaped tiny objects would cause the rotating red light on top of the x-ray machine to jump into overdrive. I heard a horror story about a Canadian customs agent taking a pair of scissors to a magic yarn ball to ascertain the contents.

My partner swore a yarn ball would make it through just fine, and it did. Just in case, I enclosed a detailed list of all the contents addressed to any curious customs agent.


Liat makes gorgeous, funky handspuns, so I chose Rachel's roving instead of yarn to wrap. Plus, I figured I could fit more into it. 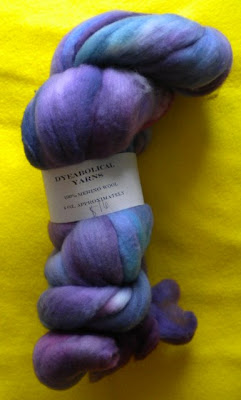 The surprise ball I bought years ago was a bit like a Christmas cracker or Cracker Jacks, but with more prizes: cheap trinkets and general silliness. I decided to look for things that Liat said she liked, plus some random things that would wrap well, and just wing it. 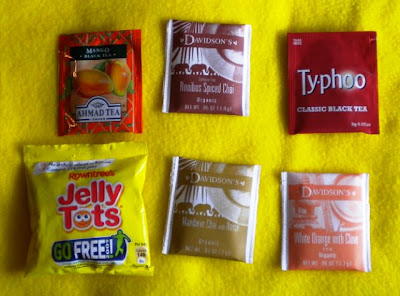 several kinds of spicy teas (which she said she liked) and Rowntree candies (since she's an Anglophile and Cadbury chocolate wouldn't survive the Israeli heat). 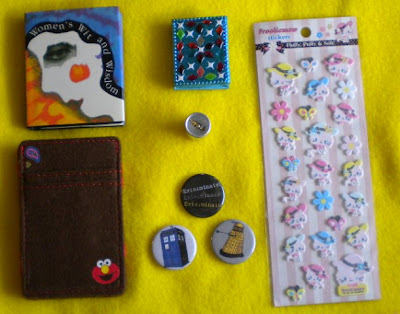 a quote book of famous women, a wee blank book decorated with mirrors, a bindi (for decorating herself), an Elmo wallet (since she had done a Muppet swap), three dalek magnets (since she likes Dr. Who), and silly puffy stickers (since I thought they would wrap well). 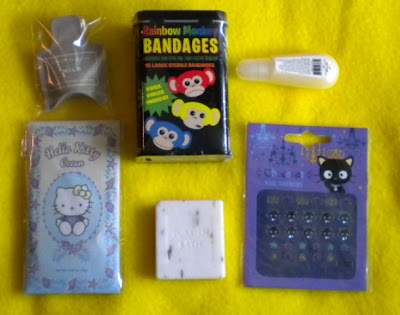 some lotion from k.hall, band-aids (since she collects them for some reason), vanilla lip balm (since she likes vanilla), a Hello Kitty sachet, soap from Turkey (since it was very flat and would wrap well), and Chococat nail art (for the same reason)

for the knitterly part, I included a fimo button and four stitch markers: a bee (because she likes John Belushi), a sun (for where she lives), a chicken (because she has some), and a monkey (because she said she likes silly things). 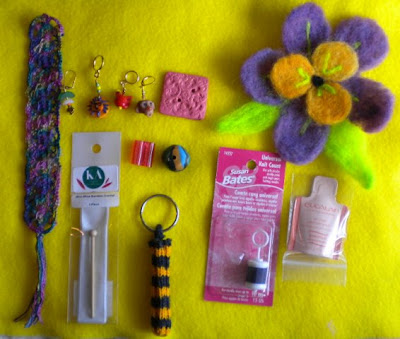 the felt flower I made in class, a mini-crochet hook (I love these!), a bee-themed lip balm key chain (c/f John Belushi), a row counter, and a Eucalan sample.

Early on in the swap, someone pointed out that the magic ball would be much tidier (and I love me some tidy), if we put something round in the center. 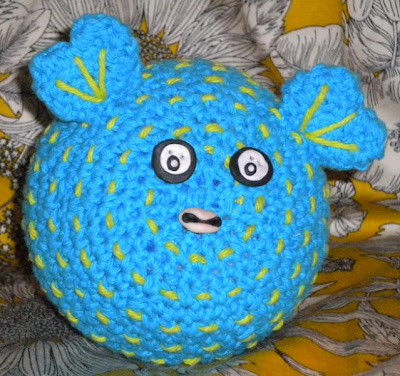 oh my god I only just saw this post! I can't believe you made the bee - john belushi connection! and you made that gorgeous flower? I LOVE it! I'll post pics of the finished yarn when I make it :)

Definitely post photos! I love your yarn (especially the fish one) and I'll be sure to post a link to your etsy shop.