I am very much a process knitter. Oh, I finish lots of things, but I'm always focusing on the next project. The bigger the project, the less likely I am to finish it. Upstairs in my craft room are at least eight unfinished sweaters, a stole, a scarf, a mitten, a muff, and at least two single socks.

In the midst of all my sock craziness this year, I did cast on and finish a sweater. Once the assembly was done, I shoved it in a bag with the buttons I'd picked and didn't even bother to block the thing. I was done with it.

Finally, just to have something to wear to my LYS, I blocked it, wore it, and got tons of compliments, even from my students.
The Product: From Noro Mini Knits, Project 26. 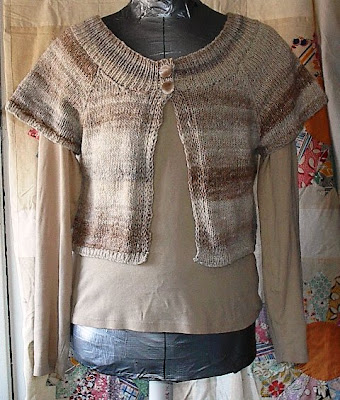 The Process: this is one of the patterns with errata I ranted about. Otherwise, it was a fun knit. The other error that's not mentioned in the errata is that the sweater takes more yarn than called for. When I picked out this colorway of Noro Silk Garden, I chose this colorway, leaving only one ball in my LYS. Guess what? I needed that ball. Had I picked a color with no yarn to spare, I would have been screwed. 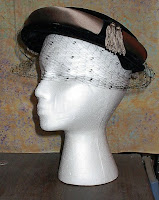 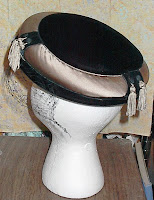 Yesterday, I put on my Easter bonnet and went to the annual vintage car show. It's the largest in the Midwest and great for people and dog watching.
Plus there are some pretty cool cars. My favorites:

____________
And from the oven, a blackberry buckle (berries from Fair Shares) and a zucchini flan (recipe from Tricia Foley's Having Tea). 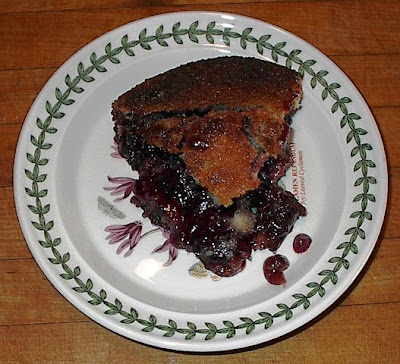 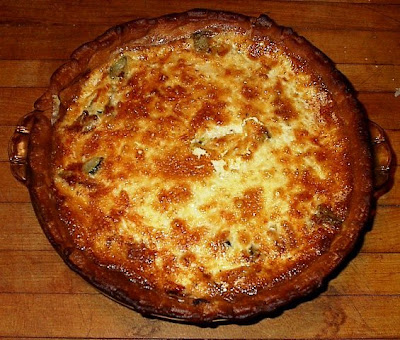 Oh man, I love that car show! I like it best when it's cold and damp out, because it's not so mobbed and sometimes you can sweet talk the old guys in windbreakers into letting you sit in the back of their '32 Deusies. Now that's a stylish ride.