Long time no blog. No excuse really. I've been slacking. Slacking and sewing at least--check out the quilt I've been working on in the background of the photos below.

I have about five writing deadlines this week and one big grading deadline (about forty grading deadlines, actually, if I count each essay). I've also had a horrendous cold and jury duty. Fun times. Deadlines, however, make me get really busy on non-related projects. So, howdy blog!

I signed up for my first swap with an Alice in Wonderland group, which I thought would be a no-brainer for me. I wrote my master's thesis on Lewis Carroll after all. This group, however, has really a narrow focus to each swap. This go-round was Cheshire Cat themed. It was harder than I had thought.

Since I no longer worked in a LYS, I challenged myself to make the swap out of things I already owned, without making my spoilee feel short changed.

First, I sewed this pillow: 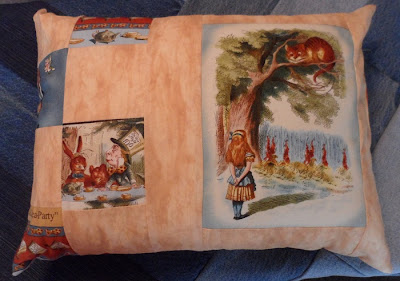 Then I made my new favorite project bag out of Disney cat colors. 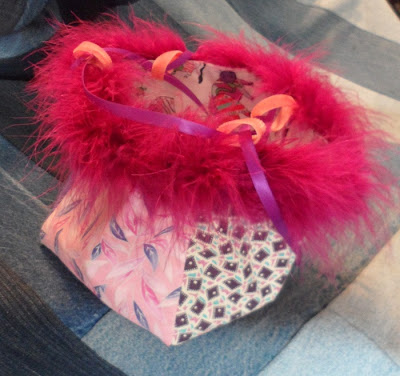 I also added a bit of craziness at the top (just whip-stitched on in case she has a feather-obsessed dog like mine). 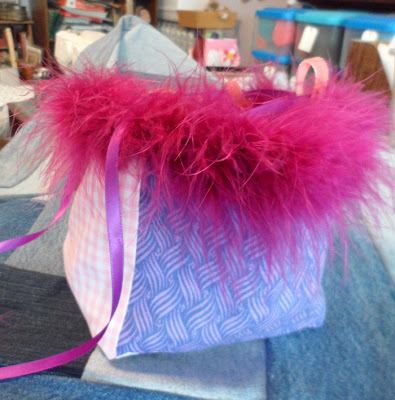 The inside has some crazy cats too. 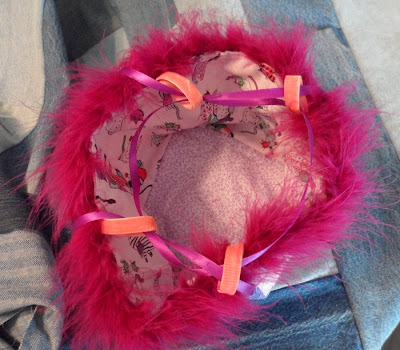 The swap instructions clearly stated the handmade goodie should be knitted (with no mention of sewn or crocheted as an option) so I threw in a Disney cat-themed scarf just to cover my ass. 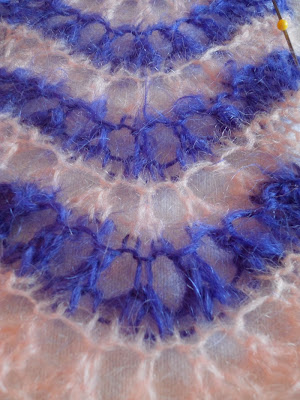 I had initially made it wider, but ripped and reknit at this narrower width. Just as I was about to mail the whole deal, I realized I hadn't blocked it. 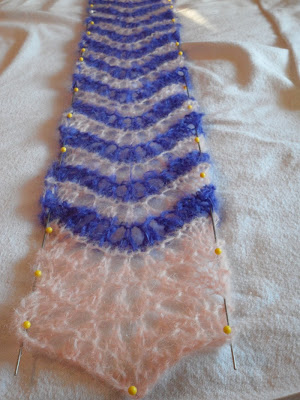 Part of the reason there were so many handmades is that I had no luck in finding Cheshire Cat products in the mall. The Disney stores have closed here and Hot Topic and others of its ilk didn't have the Alice stuff they usually do. I also lost the ebay auction I'd bid on. I tossed in some crafty items in a Cheshire Cat palette (the silk ribbons) or vaguely Alice theme (the heart stickers). 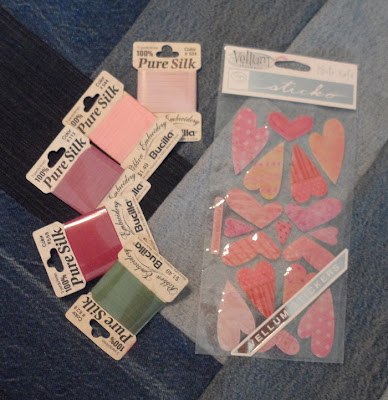 Finally, at the history museum, I spotted some fun stuff. I, of course, bought one of these little notebooks for myself as well. It has Cheshire Cat quotations and illustrations inside too. 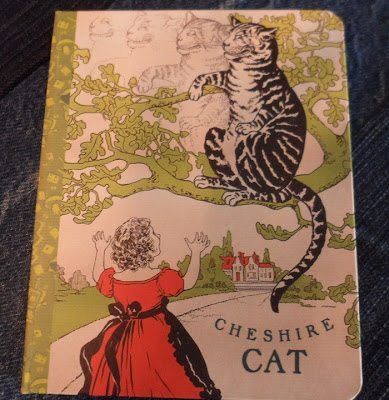 Since my spoilee has little ones, I thought she would enjoy this finger puppet/magnet, and I couldn't resist these tiny mints. 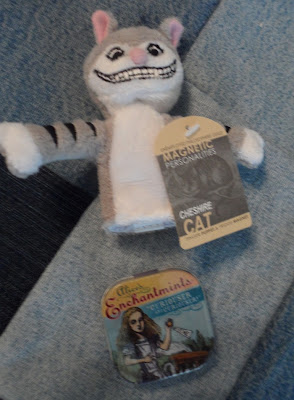 Finally, I bartered some work in exchange for this Cheshire Cat-themed roving. 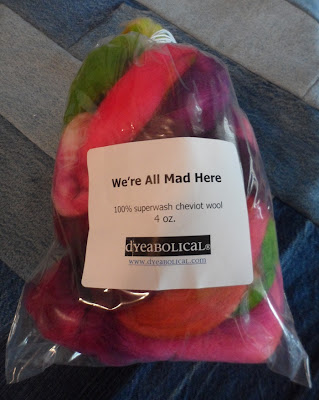 I haven't heard yet, but I am hoping she likes everything.
Posted by 7-letter Deborah, never a Deb at 2:06 PM

I think your previous Alice unbirthday present was so pleased with her treasure trove, how can anyone else not love what you send?