Gah--feeling really stressed about time and $.
The queue is progressing. I have decided to let go of 2 projects (the cashmere and the sontag) but still haven't reached the point of ripping them off the needles.
In other words, they still count.
The queue contains the following:

Dang it, I forgot about two other projects on the pins. Apparently at some point I decided the cashmere and the sontag didn't count after all. I suck at this knitting the queue thing.

To get to this point, I at least finished black and grey undersleeves 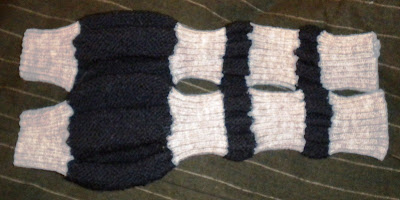 and took a few days to knit up this. 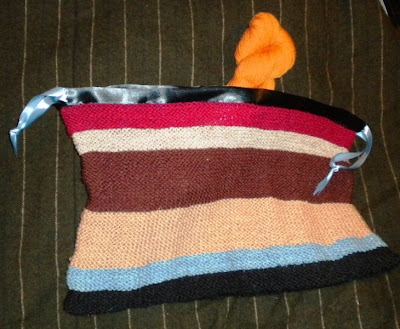 I don't know the exact measurement, but mine fit great, and stay up pretty well. I have a bunch of others posted on Ravelry.