I have a feeling that this week's posts should get their own tag: "In which our heroine gets stuff"

The Day of the Dead swap was a round-robin style, so my package came from a different person than I sent to.

The box was filled out with hand-made tissue paper flowers, so it was a really large box, but super lightweight. I kept hoisting it above my head like a waitress with an empty tray and trying to guess what was inside. 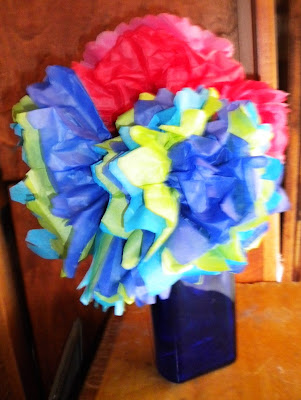 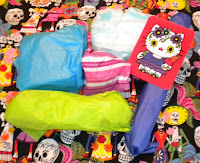 I had forgotten how fun these flowers are to make; I should remember this idea for packaging.

Inside, were an assortment of colorful, mysterious packages.

(I had bought the background fabric to make something for my other swap partner, but ended up not using it either). White chocolate skulls. I make the sugar ones, but I can't imagine eating them. These skulls were actually edible. 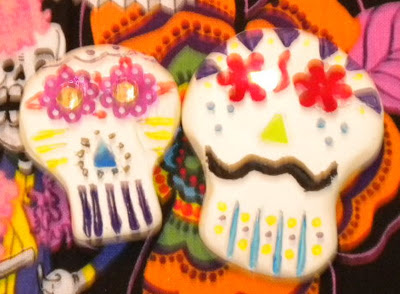 Handmade skull magnets, which were as cute as the white chocolate skulls but not nearly as edible. 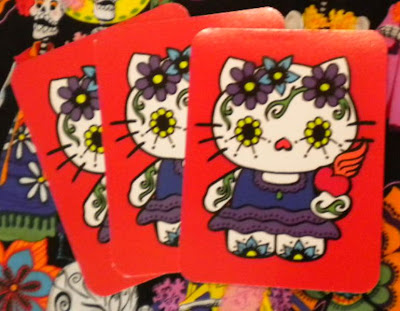 a skein of sock yarn in primary colors--I'm trying to decide what to make with this. For now, it's going into next year's sock club stash. 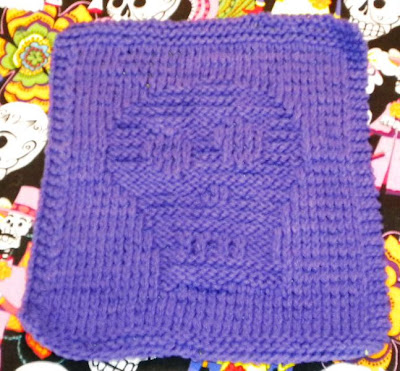 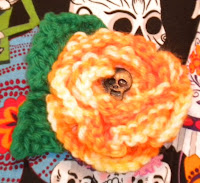 A skull washcloth. I used to knit tons of washcloths but never kept them. Now that I have to rinse muddy paws every morning, I seem to need more than I used to. Plus, the purple won't show dirt.

A crocheted flower and skull pin

And then finally, the piece that makes my heart sing, the piece which I opened up last as if I knew to save it for the end:

I'm not doing any other swaps until the end of December, so I'm glad this one ended so well.
Posted by 7-letter Deborah, never a Deb at 11:42 AM