All this week I've been expecting my Alice in Wonderland swap box. All this week packages have been showing up at the house. Every time I get all excited, however, it turns out that they're just packages for various neighbors that the postman left with us to hold.

I've been disappointed a lot this week. My neighbors, apparently, have more disposable income than we do and must do a lot of catalogue shopping.

Finally, LB called to tell me the real package was here. My package! Here!

Except the postman had caught LB on the street, and instead of backtracking a few feet to the house, he threw the package into his truck and drove to his job site--a commercial kitchen rehab from which he has not been returning until about 2 a.m.

I couldn't stand it. I drove to the job site and opened the package. It helped that the job site was at a bar. 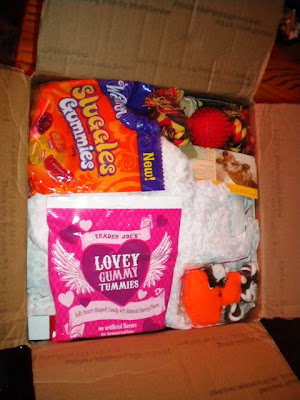 All the disappointments this week must have flummoxed me because I got really confused.

First was a note to me & Steu. 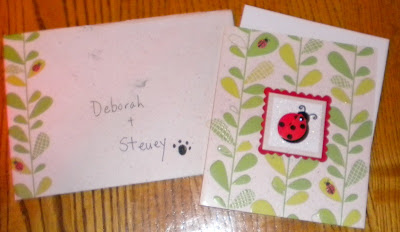 Then was a layer full of dog treats. 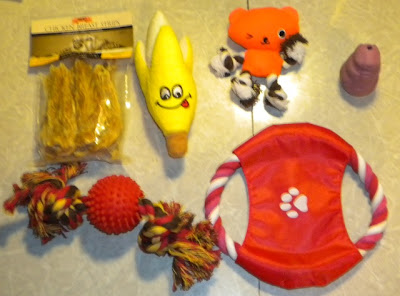 I put two and two together and realized my package was from Meeko. We've been chatting a lot via email lately about her beautiful cavalier, Paulette. 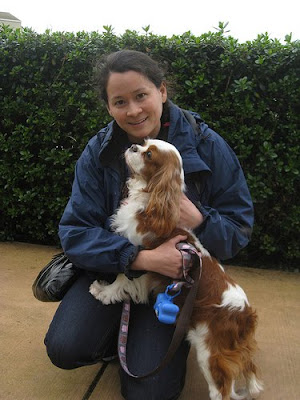 All I kept thinking was "Why is Meeko sending me a package? How sweet of her!" Then I dug down one more layer and spotted some Alice goodies (more on these in a bit) and gave a squeal. I was totally surprised to find she was my swap partner.
When I got home, Steu went through a similar process.

First, he wondered why there were Alice in Wonderland goodies in his box. 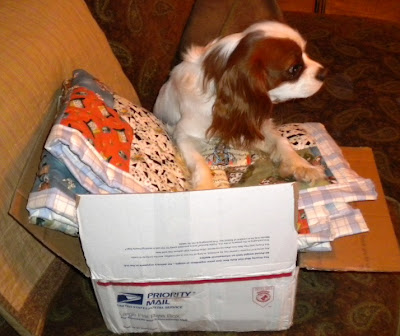 Then he realized some of the treats were for him. 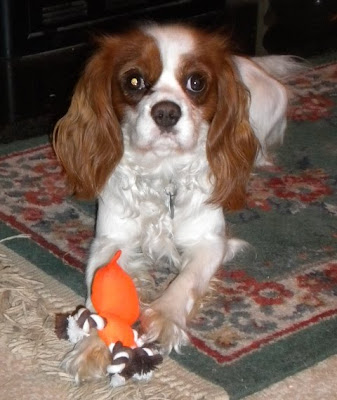 Then he got excited. 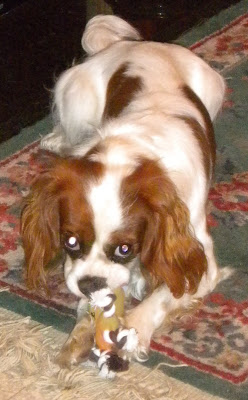 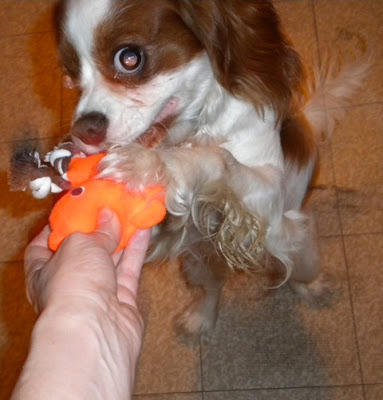 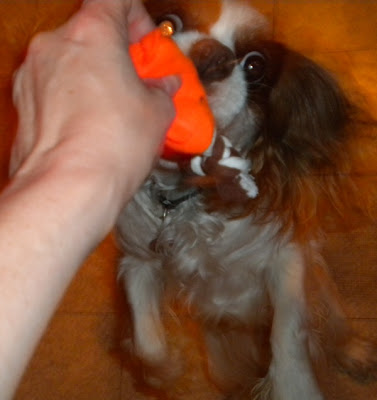 I can't blame him. There were lots of goodies for me inspired by Alice in Wonderland. 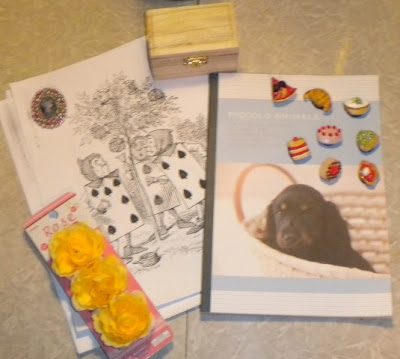 Alice in Wonderland coloring pages, rose magnets, and little cake magnets that just seem to cry out "Eat Me."
There was lovely, smooshy yarn, and an Italian blank notebook 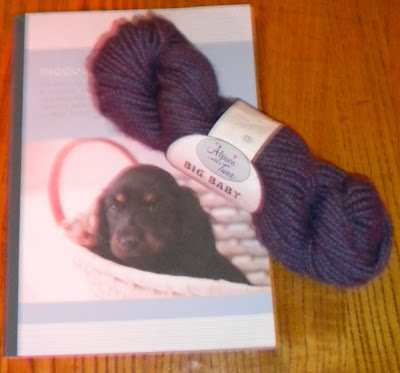 There was a cookbook holder that would made me think of the caterpillar and his mushroom. 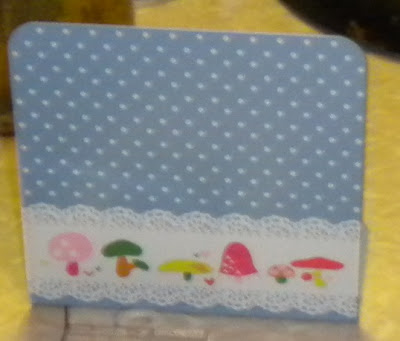 There were rose hair bands, white rabbit socks, a Victorian brooch, and a rabbit box for oddments. 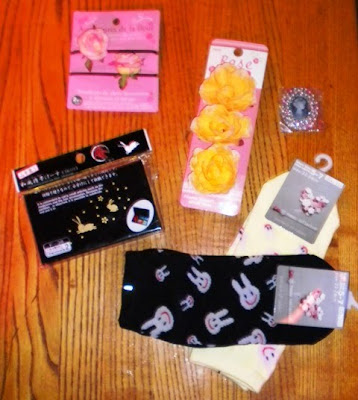 The box had one of the best examples of Engrish I've seen in a long time.

There was a beautiful White Rabbit necklace in a little pouch 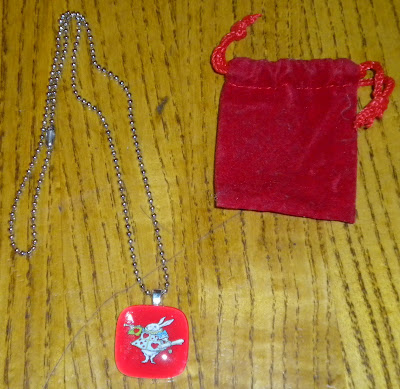 and a great Alice in Wonderland mug (I have a lot of AiW china [what, don't you?], but amazingly did not have this one) 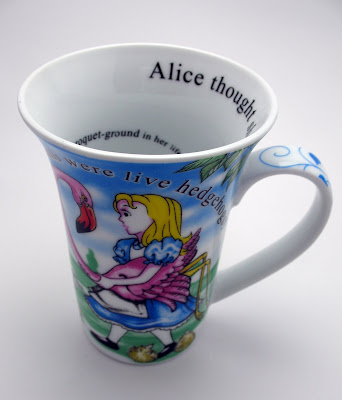 with a fun design. 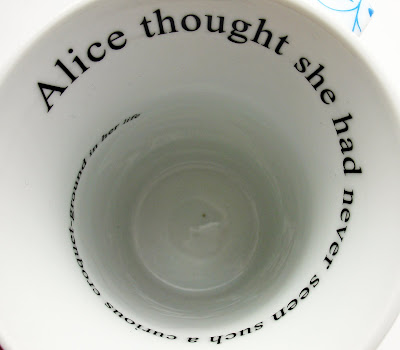 And best of all, a gorgeous Alice in Wonderland quilt for Steu and me to share. 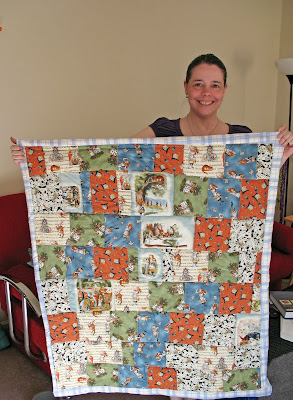 Anonymous said...
This comment has been removed by a blog administrator.
5:22 PM

What an awesome swap package! Steu (and you) are lucky bunnies! I am super impressed with the quilt, especially.