I Spy with My Own Little Eye 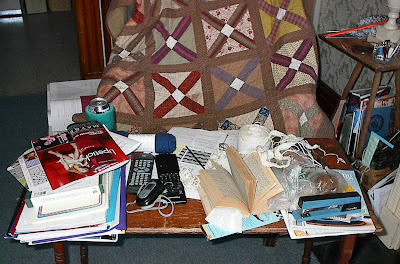 The only completed things in the photo are the following:

Jesus. Is it any wonder "Chaos" is my name?

Are you telling me that picture isn't what's normal?

I watched 2 movie editions of Emma and found Emma herself annoying in both of them.

I also found a copy of the book in my dad's garage. I was hoping Emma would be more likable in print form.