I've been spending money like it's water over the past few days, which is very foolish on my part and is about to stop, just as soon as I ... No, it's stopping.

If I order yarn, and don't have to pay until it arrives, does that count?

Hobby Lobby has three Mardi Gras-colored yarns on sale this week: Frosting, Hollywood Special FX, and a new one to me, Cameo. I've blogged about the first two before (use the Mardi Gras tag). 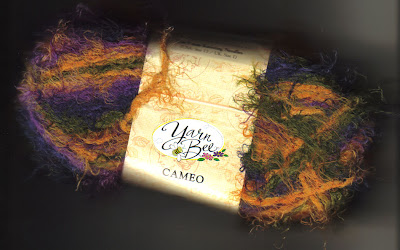 I'm not exactly crazy about the Cameo, but it's meeting several of my important spending criteria of the moment: