John McCain Is a PooPoo Head

On my way in, I kept calling the snow line every 10 minutes, hoping for a reprieve. I have the snow line programmed on speed dial. After all, students aren't the only ones who crave snow days. It wasn't until halfway through my class that the announcement came through--all later classes were canceled.

I fishtailed all the way home and into Soulard to meet a CCN crew who wanted to do a live pre-Mardi Gras shoot. Except when I got there, they'd decided to send the unit to film John McCain instead. 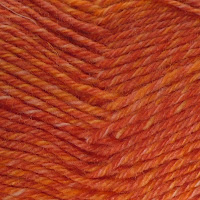 Knitting is happening. I bought orange Trekking XXL for LB and cast on another pair of Nancy Bush socks that I hope to have finished by Valentine's Day. I even took pictures, but between the fishtailing, and the pounding headache, and the costume change (Surely you didn't think I'd show up for a CNN Mardi Gras shoot in something tasteful!), I left the camera at home.

While you're at it, visualize cleared streets and warmer weather for parade day. Thanks ever so much.
Posted by 7-letter Deborah, never a Deb at 5:15 PM