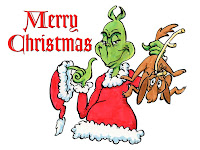 My sister runs a cranky blog in which she bitches mightily about some of the customers (but more often her co-workers) at her retail establishment. I am not allowed to link to the site, but trust me; it's damn funny. She should post more often.

If you like such things, you can always read the back entries at Behind the Counter.

I myself do some part-time retail work for a frame shop. I know almost nothing about picture framing, but I am a very good checkbook balancer. I staff the shop while all the production work happens offsite. If someone brings in a piece, I have to page one of the designers.

Almost every day, someone will call in and want an estimate over the phone, a nearly impossible feat.

The price of a piece of molding can very from $7.50 a foot to well over $100 per foot. Plexiglas costs more than glass. A suede mat costs more than a paper one. We can't dry mount original artwork without devaluing it. If you'll be hanging your piece in a sunny place or have fluorescent lights, you need a special glass or your piece will surely fade. Maybe you want it by a certain date, so we are limited to mouldings we have in stock. Maybe you want to do it as cheaply as possible. Maybe you're trying to match your furniture or wall color.

We don't charge anything to give an estimate in person. All a customer has to do is bring in the piece and the designer will drop whatever it is he's doing and patiently pull out moulding after moulding, mat board after mat board. He'll listen to you talk about your vacation snapshots, your kid's artwork, your grannie's needlework, your signed hockey jersey, your reproduction rock poster, whatever.

Because he's a generally nice guy, he's not even feigning when he acts interested. Sometimes he'll even suggest picking up a ready-made frame at Michael's as a cheaper alternative.

At some point, you may even decide against framing your piece after all. Still no charge. Again, this estimate, this time together, costs the customer nothing but a bit of time. Including the drive over, it's all less than 1/2 hour.

The guy on the other end of the phone doesn't believe it though. He thinks my attempt to get him into the shop is some kind of scam. I can tell he thinks I'm keeping secrets from him. He is refusing to take "no" for an answer.

What he doesn't know is that just as I answered the phone to help him, two other customers walked in the front door. He's practically doing backflips to get me to give him some hard and fast numbers. Eventually, I'm able to price out the plexiglas he wants, based on the size of his piece, but an actual number only whets his appetite for more.

I see the two customers in the front of the shop starting to fidget. I've had enough. I reiterate that I can't give him an estimate without seeing the actual piece. I repeat that it's free. I apologize that I can't give him a number. I avow full responsibility for my inability to help. Frankly, I don't know if I was testy, rushed, decisive, brusque, clear. It will all be in his eyes. I couldn't give him what he wanted, but I already knew that and tried to tell him so as soon as he started talking. Who knows how he'll spin the narrative in his own head.

Yesterday, I got together with some people at a coffee shop and cafe. One of the attendees brought some hand-baked Christmas goodies, which I happily sampled along with the rest of the gathering. It wasn't until I went to leave that I suddenly realized my faux pas--I had as good as brought in outside food to an eating establishment.

I was only in my LYS for less than 30 minutes this week and didn't really see much customer interaction beyond me. My heart goes out to them though. I am dead certain that people are walking in the door, wanting intensive help, personalized pattern modifications, a photocopy from a copyrighted book, yarn substitutions that require regauging the pattern, hand holding, and cheer leading.

A few customers are, in fact, major pains in the asses. Other customers are stressed, high strung, facing the tight deadlines and financial pressures of the holidays. Retail establishments are staffed by human beings dealing with the exact same pressures.

So, if you work retail, Merry Christmas to you! Enjoy your well-earned two days off. Of course, since you're paid hourly you'll really be losing two days of wages, but Merry Christmas anyway!
Posted by 7-letter Deborah, never a Deb at 1:33 PM

I think the label for this post should be "human nature" instaed of "knitting." And it ain't pretty! Merry Christmas and keep up the fun blogging!

I will gladly give wages for two days wages to have a break from customers who want free and intensive one-on-one help for a simple pattern on the busiest day of the year and then won't stop talking long enough to really listen. Two days off really is a Merry Christmas.

If anyone you know personally wants to see my cranky blog, you can email them the link. Still gotta be careful about my cyberstalker, though.

And I know I need to write more there, but I've been too tired. I blog in my head all the time--does that count?