Today is an interview day, courtesy of Kara.

I first really got into it my freshman year in college. I liked how it could be read both as this fun children's book and this incredibly scary story of the loss of identity and self. I knew it was based on a real little girl and was curious about her relationship with the author. I actually ended up writing my master's thesis on it, which wasn't terribly exotic; it was about images of education and subversion in Carroll's writings. I've read pretty much everything the man has written, including letters, diaries, and math books, but I find I can read AiW over and over again and always find something new. Plus, it fits all my obsessively collecting packrat tendencies. I own dozens of editions and other ephemera. It really fascinates me how people bring their own interpretations to the text and I like seeing how it turns up in textiles, collectibles, advertising, etc. I hate the Disney version.

2. How long have you been knitting? How’d you learn, all that jazz. :)
I've been knitting since 1992 or so. My mother, grandmothers, and great-grandmothers all knitted, but I didn't learn from them. I kept asking them to knit me a sort of a rebozo thing, like a shawl, each year for my birthday or Christmas, and they never did. I finally decided to learn myself so that I could make it. I signed up for a class through the Continuing Education Program on the Hill and it was me and all these older Italian ladies. It was a great class, and the teacher met each of where we were. She'd also fix our mistakes and reknit what she'd made us rip out so that we couldn't get too frustrated. I even found this pattern from Lion Brand, but I still haven't knitted the damn rebozo.

3. What is your favorite childhood memory? 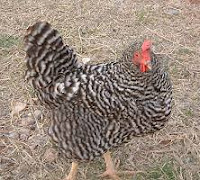 It's hard to say. I guess it would be raising chickens. They were my chickens, all twelve of them, and I got to keep the money I made from selling their eggs. I loved feeding them and listening to them talking amongst themselves. I'd quietly sneak in the coop so that I could eavesdrop on them while I collected eggs. They have little personalities, and some I could hold and preen the back of their necks. They were really sweet, and I miss having them around. My neighbor asks me to chicken-sit for him sometimes, and I really look forward to it, even when it involves getting out there in the cold, cold mornings to break the ice up in the waterer.

4. Standard question - What is your earliest musical memory? 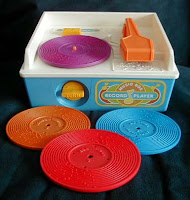 I have a terrible, terrible memory for non-factual stuff. That's probably a good thing, as I have a hard time developing a grudge since I can't remember the exact dates and details of every little slight. My memory for music is probably sucky for the same reason. I remember being fascinated my one of those FisherPrice record players as a kid. I was more fascinated by how the little dots made the record play than I was by the actual tune. The whole set up just blew my mind and I'd listen to them over and over, lying down on the floor to see the little metal bars plucked by each dot. Other than that, I loved listening to these storybook records of Thumbellina and such and can probably still sing a lot of the songs. Aladdin was my favorite and I found out later that the music in the soundtrack was Scheherazade by Rimsky-Korsakov.

5. You have a time machine and can either go visit 30 years into the future or any time period in the past. What do you do and why?
Great question. I'd have to say I'd go back into the past, probably to the American Civil War. I feel like I've got a pretty good sense of Victorian England, but I feel really weak in American History. I'd like to know exactly how people talked--what slang did they use? what did their accents sound like? what pop culture stuff were they interested in? Basically, I'd like to get a sense of the stuff you never find in the history books, what it was like to stand in a place and see and hear all that was going on in every direction around you.

Now it’s your turn to play if you wish:

Okay, here goes:
1. What do you teach & how long have you been teaching?
2. What was your worst job ever?
3. I notice you like David Sedaris. He's one of my favorites too. What do you like about his writing?
4. What are your blogging pet peeves?
5. And, of course, when did you start knitting?