The Edge of the World (Part 1)

I recently stumbled across the 1937 film, The Edge of the World, filmed on the island of Foula. Like Roan Inish, it has fabulous knitwear but in this case it's real, not vintage or costumey.

The plot is fairly weak, but the scenery is breath-taking and worth slogging through the film,which is only 1.25 hours anyway. There's also a bit of fiddling and dancing if that's your thing. As far as I can tell, it's not on Youtube but is on Netflix.

There are some great ganseys for the men. 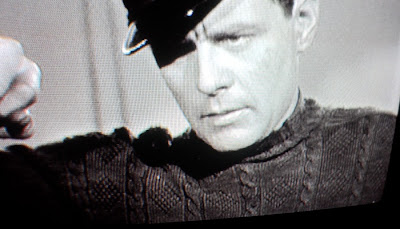 Robbie, the twin brother of Ruth 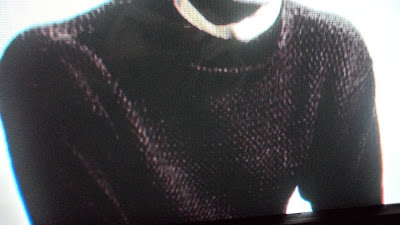 and John, the clergyman (and also the fiddler) 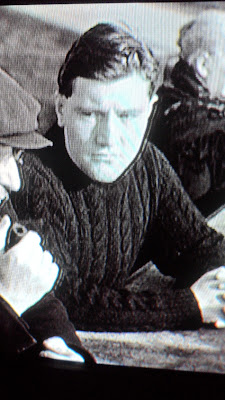 Andrew also wears that look I love, the belted, tucked-in sweater. So hot! Seriously, I am not joking about how weak in the knees this look makes me. Plus, he looks like my Irish boyfriend (the immigrant, not the one who stayed) complete with receding hairline. 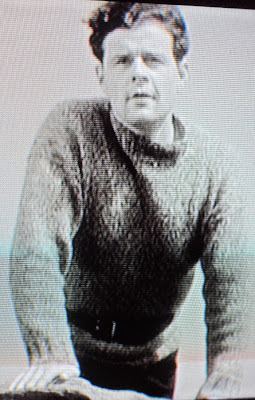 There are many scenes involving sheet herding, sheep dogs, and more, including an odd one where the sheep are all gathered and shorn (seemingly by plucking the hair). 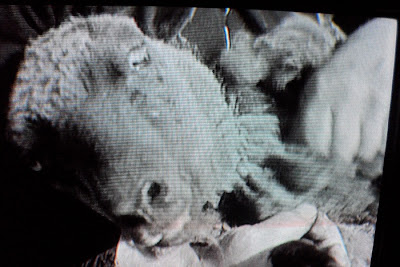 There's also an illegitimate birth that gets absolutely no moral commentary. The child is warmly welcomed by the villagers as the first birth on the island in many years.

The baby is swaddled in a lovely blanket 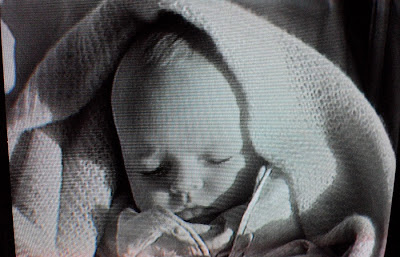 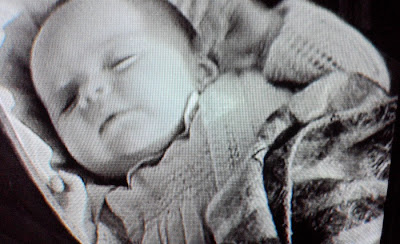 More on the women's wear in a second post.
Posted by 7-letter Deborah, never a Deb at 2:50 PM

Plucking the wool (or rooing as it is called in the Shetland dialect) was the traditional way to get the fleece from the native sheep. The traditional breed of Shetland sheep have a tendency to shed the current year’s fleece growth in late spring or early summer.