On Knitting and Shakespeare 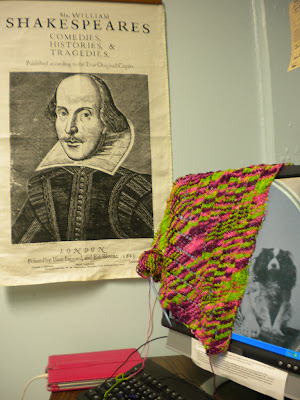 On the surface, they don't seem to have much to do with one another. There's the odd quote:

as well as a bit of brow knitting, as one might expect (c/f The Rape of Lucrece).

Lately, I've been knitting while listening to Librivox recordings of Shakespeare because at this point in the semester, it's killing me to sit in one place for any amount of time, unless I'm watching bad television, of course. The shawl isn't Shakespearean. Instead, it's Victorian, via Weldon's Book of Practical Needlework, via Victorian Lace Today. Victorians, however, adored Shakespeare. 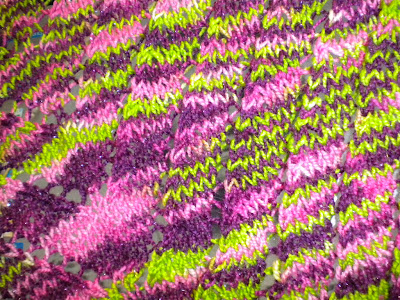 The yarn is in Dyeabolical's new Cheshire Cat colorway called "We're all mad here". Lewis Carroll was enough of a Shakespeare fan to parody the odd sonnet. 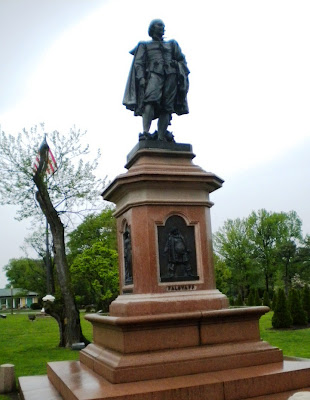 Steu and I went to a wreath-laying ceremony* for the Bard's 447th birthday. It rained, which was okay. Later that afternoon, I made a vague reference to "the Bard," and my history teacher friend totally missed it, necessitating an explanation. His fault or mine, I wonder?

I also designed a tea cozy for the royal wedding, which isn't really about Shakespeare at all, but is at least British. 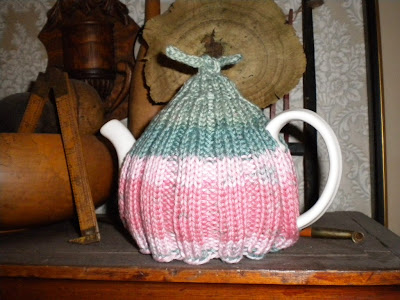 *it's definitely "laying" not "lying," given that the wreath is being placed, not toppling over of its own free will. That one's easy, so easy that I humbly offer it as a mnemonic device. You may thank me if you feel the need.

Beautiful, love the tea cosy. I have made a few over the years and use them every day. I make a pot in the morning.