I'm letting go of any resolutions to blog regularly. I've got some other writing stuff going on right now. That fact, plus my lack of regular internet access, has always been a major challenge. Right now, challenge doesn't begin to cover it.

Here's a bit of randomness until next time, whenever it may be.

Last month, LB and I hit our favorite local antique store (favorite because they have stuff we can afford). The haul: paper flowers and chenille cattails for bonnet dressings, 4 mother-of-pearl buttons, a silver spoon (LB picked this one), and an 1850s gift book--Words of Cheer for the Tempted, The Suffering, and the Searching. I don't expect the stories to be as juicy as the last gift book I found, alas. 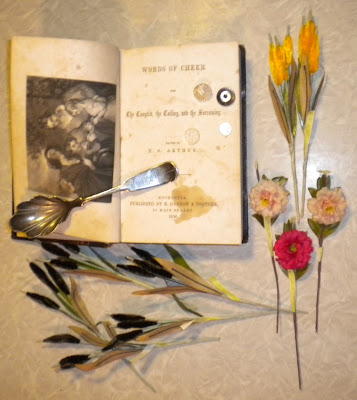 I knitted a pair of socks out of yarn I got in the 2009 Day of the Dead swap: 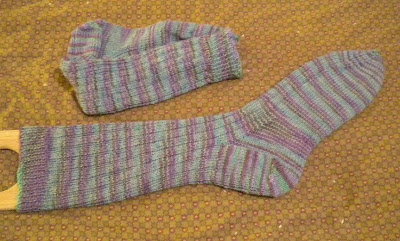 I started my next pair with yarn I got in the 2010 Day of the Dead swap: 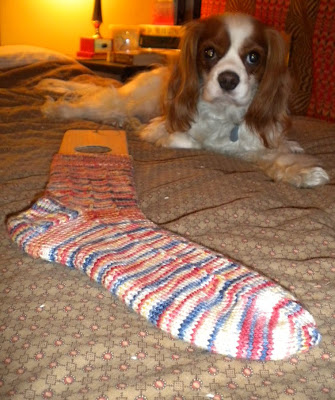 I'm feeling a major sock kick coming on. Want some actual research? Something to make your visit worthwhile? How 'bout an 1841 reference to knitting with angora rabbit fur.

The source was published in London in 1841 and is a collection of Beethoven's letters. Obviously, the fact that the editor chose to footnote means that "angola" knitting was not widely known, but do notice the reference to hand (not factory) knitting.

I love the idea of a guy in a fluffy angora vest. It's gotta be more comfortable than one out of dish cotton, right? 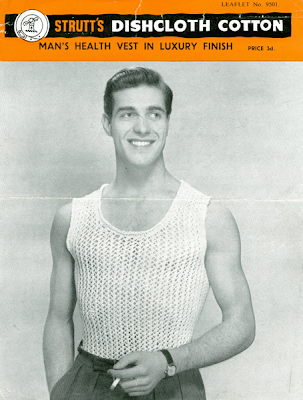 Which antique store is your favorite? I love those two next door to each other on Big Bend. The northern one of the pair had antique darning eggs for $3/ea last time I went! :-)

I like those too, but our fav is Quintessential on Manchester. They are only open the 1st 7 days of the month.