My friend Mary is having twin boys in a few weeks. She's a bitty little thing, and we're all praying that she and the boys make it as close to the intended due date as possible. 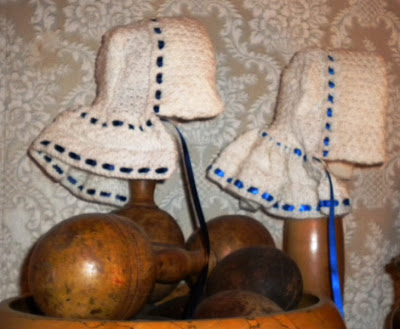 When you reenact, you start to think about modern technology in a way you might not have before. At some point, reenactors usually play the Would-You-Be-Alive game. In other words, what childhood illness would have done you in? Measles? A burst appendix?

In old cemeteries, it's impossible not to notice how many young women die right around their twentieth birthday.

As far as I can tell, I'd still be kicking around. Of course, I got all those childhood vaccinations and had access to birth control, so who really knows. When people ask me if I'd truly like to live in the past, I say nope, no, not at all.

To celebrate Mary's very twenty-first century babies, I made them each a hood from Cornelia Mee’s Companion to the Work-Table (1844), which was translated into modern instructions by Franklin Habit.
Then to photograph the hoods, I had to borrow a baby. 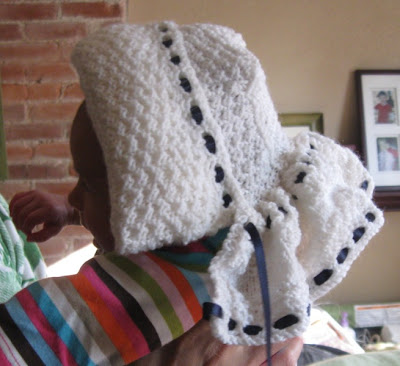 In an homage to Franklin's photos, I even found one willing to look crabby. 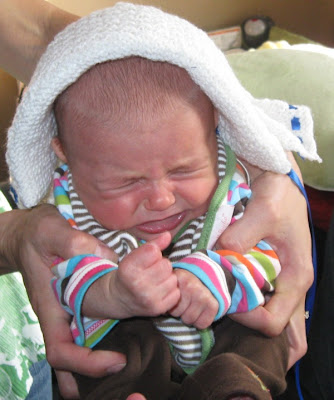 She did some projectile vomiting too, but we won't mention that.
Posted by 7-letter Deborah, never a Deb at 11:17 AM