We went to the annual open house at our favorite local antique store, where I found a great little piece of nineteenth-century ephemera. Click to read the quote.
On Friday, I finished the My Kind of Town Cowl out of one skein of Magnum. I will probably have to gift it or trade it. Love the way it looks, but it makes me hold my head funny, and gives me a pain in the neck.
I do recommend the designer's suggestion for kitchenering. I'm a kitchenering pro, but for anyone who hasn't done it before, she offers great tips: 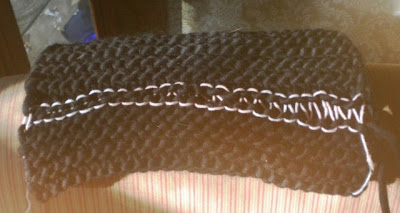 Worked great! Except for the crappy photo part, but that's not her fault.

On Saturday I was a rock star ... on a stone floor. 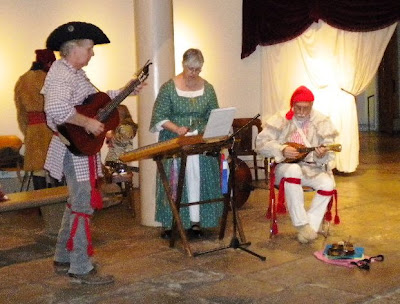 While I was taking a break, I happened to spot this engraving. 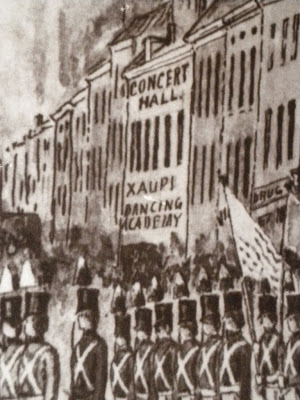 Last year I'd done all kinds of research on the Xaupi family for a lecture I was giving on itinerant dancing masters. I learned about their flight from the French revolution, the father's death in a typhoid epidemic, and the son's studio in St. Louis. On Saturday, there it was: an engraving showing the original location of his dance studio, about 2 blocks from where I was standing at that moment. Today, it's gone. It had burned during the great fire of 1849 and the block itself was bulldozed to make room for the interstate during the 20th century.

Ooh, I love that you found the Xaupi picture. It seems something a bit sweeter and serendipitous, maybe just plain old awesome!

That is such a cool little tale!