I had good intentions for awhile there, but a headache and a bit of teh-crazy in my life have reduced me to dots.
LB put in a request for shirred eggs, so I did. 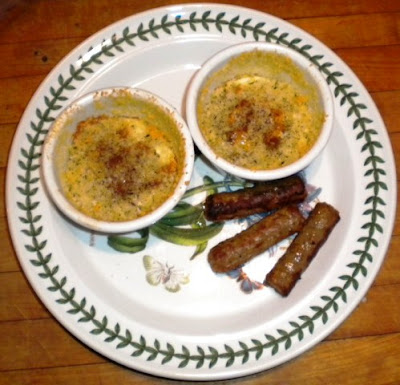 I love to cook Thanksgiving dinner just for the two of us; this year I was able to pull it off mostly with our Fair Shares. The menu:
I settled in to grade. Sherman helped by chewing on some particularly egregious use of second person, one of my pet peeves. 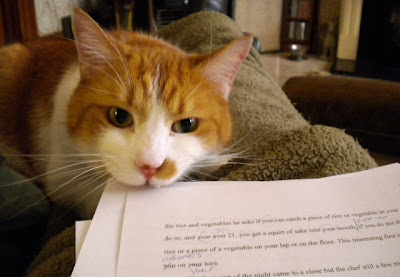 Steuey made his first real trip to the groomer. We've dropped in several times just to visit, so he won't be too upset whenever he goes. 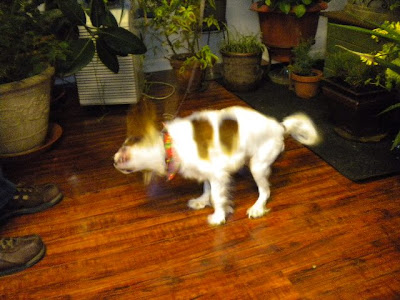 I tried to get a "baby's first haircut" photo, but Steu was all a blur.
And speaking of grooming, don't let my sister see how bad my eyebrows are. I keep thinking of better things to do with $8, like putting it towards yarn for this headband. 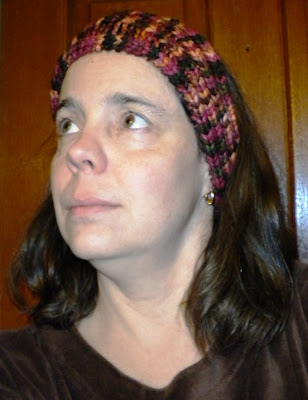 On Saturday, the lovely and talented Megan and the very handsome and erudite Robert took me to the Shaved Duck. I nearly walked out when I found the restaurant stopped carrying its duck fat french fries. Seriously. Nearly walked out.
But Megan and Robert were all the way in town from Indiana and I'd rather be with them then prove a point to the restaurant. The new fries aren't bad, but they aren't even close to duck fat fries, either. 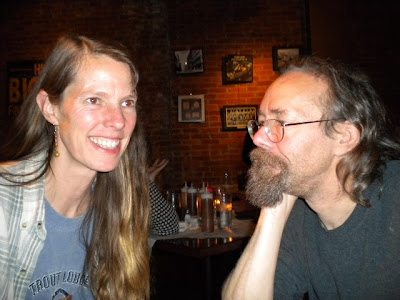 Today it's back to grading, back to leftovers, back to a puppy with messy fur, and me with messy eyebrows.

Well, dang it. I'm going to the Shaved Duck next week, and I was hoping for duck fat fries.

Why on earth would they scratch them from the menu???