I have made extensive progress on the EZ ribwarmer--I've finished one sleeve, begun the second, and because I get sidetracked, have also begun the i-cord. No pictures, because I forgot.

And in honor of Suzy, who feels her junking blog has been taking over by knitting content, feel free to get sidetracked by my latest junk store finds: 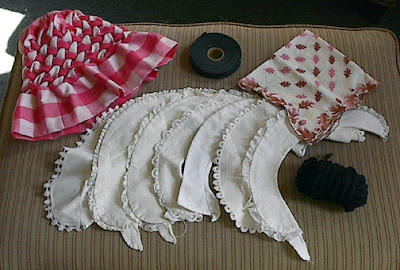 Oh, I love those adorable collars! Junking really is as much fun as knitting.